Oxford, UK, March 1, 2016. Neuro-Bio Limited, a biotech company founded by world-renowned neuroscientist Professor Susan Greenfield to explore novel therapeutics and diagnostics for neurodegenerative disorders, describes today, in the peer-reviewed journal, Neuropharmacology, a new model for the mechanism of neurodegeneration leading to Alzheimer’s disease and its potential for new treatments.
Alzheimer’s is characterised by, amongst other factors, the presence of amyloid, in its various forms, and hyperphosphorylated tau leading to cognitive impairment. The research published today suggests that a previously undiscovered mechanism in a key group of neurons affected in a neurodegenerating brain is the key driver of the continuing cycle of neuronal cell death.  It could be possible to halt the progression of the disease by intercepting this mechanism. Over 46 million people live with dementia worldwide; this is predicted to reach 131.5 million by 2050 due to the ageing populations. There is an urgent need for a different type of therapy that actually stops the characteristic progressive cell loss.

Researchers at Neuro-Bio have now validated a novel theory for the continuing cycle of neuronal death that typifies Alzheimer’s and other neurodegenerative disorders such as Parkinson’s and Motor Neurone Disease. The key driver is a 14 amino acid peptide (‘AChE peptide’) that originates from acetylcholinesterase (AChE), an enzyme essential in breaking down a well-known chemical messenger between neurons, but increasingly recognised as a signalling molecule with non-enzymatic functions.  Whilst the existence of the AChE peptide and its link to neurodegeneration have been previously proposed in Professor Greenfield’s work, these are the first reports of its detection in both human and rat brain and its actions in driving an Alzheimer-like biochemical profile.

The two consecutive papers in Neuropharmacology report raised levels of the novel peptide in Alzheimer’s midbrain and cerebrospinal fluid compared with controls, and demonstrate that, in vitro, the peptide drives production of both amyloid and hyperphosphorylated tau. In the first paper, the damaging effects of either the AChE peptide or amyloid are shown to be blocked by a novel prototype drug (NBP-14), a cyclised form of the AChE peptide. NBP-14 intercepts the action of the AChE peptide on the alpha-7 nicotinic receptor, which is found on the outer surface of neuronal cells. In the second paper, the effects of the AChE peptide and their blockade by NBP-14 are demonstrated in ex vivo rat basal forebrain, using real-time optical imaging of large-scale, transient ‘neuronal assemblies’.

Professor Susan Greenfield, CEO of Neuro-Bio and senior author on both papers, commented: “These publications are the culmination of some 40 years research from our lab building up a picture indicating that the naturally occurring AChE peptide is a pivotal signalling molecule in a mechanism underlying Alzheimer’s and related disorders. We are encouraged by the potential for the prototype compound NBP-14 to block the activity of this peptide and also by the possibility of monitoring the peptide as a biomarker for early, even pre-symptomatic diagnosis.”

Professor Gary Small of the Brain Research Institute, University of California, Los Angeles, and member of the Neuro-Bio Scientific Advisory Board added: “This recent work showing that a peptide derived from acetylcholinesterase is elevated in the Alzheimer brain and that a synthetic version of this peptide enhances calcium influx and eventual production of amyloid beta and tau phosphorylation via an allosteric site on the alpha-7 nicotinic receptor is extremely exciting.  The fact that a synthetic cyclic version of this peptide is neuroprotective makes this innovative therapeutic approach highly promising.”

Professor Margaret Esiri of the Neuropathology Dept at the John Radcliffe Hospital Oxford and member of the Neuro-Bio Scientific Advisory Board commented: “After quite a number of years of research this is an important staging-post at which Neuro-Bio can develop aspects of the work in new directions and with new confidence. This I can see is really exciting and gives new opportunities to increase the pace of the research.”

Professor Terry Sejnowski, Investigator at the Howard Hughes Medical Institute and Francis Crick Professor at The Salk Institute said: “Any new approach to Alzheimer’s disease, which is increasing in prevalence as we live longer, that shows as much promise as this new peptide should be quickly brought to the attention of the scientific community. The dominant focus on beta amyloid has side-tracked the scientific community and the potential new direction will be a surprise to Alzheimer’s researchers.”

About the publications
Garcia-Rates et al., 2015: (I) Pharmacological profiling of a novel modulator of the alpha-7 nicotinic receptor: Blockade of a toxic acetylcholinesterase-derived peptide increased in Alzheimer brains
Published online: 1 March 2016
Garcia-Rates et al report: (1) a peptide derived from acetylcholinesterase (AChE), with non-classical trophic functions in the development of the nervous system that can turn toxic in maturity, is doubled in the Alzheimer brainstem and post-mortem cerebrospinal fluid; (2) a synthetic version of AChE peptide enhances calcium influx and eventual production of amyloid beta and tau phosphorylation via an allosteric site on the alpha-7 nicotinic receptor; (3) a custom-made cyclic version of this peptide is neuroprotective against the toxicity not only of its linear counterpart but also of amyloid beta, thereby opening up the prospect for novel therapeutics.

Badin et al., 2016: (II) Physiological profiling of an endogenous peptide in the basal forebrain: Age-related bioactivity and blockade with a novel modulator
Published online: 7 January 2016 at http://www.sciencedirect.com/science/article/pii/S0028390816300120
Badin et al. report a raised level of endogenous AChE peptide in the young (14 day old) rat compared with the more mature (35 day old) group, thereby providing further evidence for the proposed role of this peptide in normal developmental processes, a role that may turn pathological at a later stage in life. Using voltage-sensitive dye imaging in ex vivo rat brain slices, this study also demonstrates age-dependent modulatory actions of exogenous AChE peptide on the dynamics of neuronal assemblies in the basal forebrain, a key site of degeneration in Alzheimer’s Disease.  Moreover, as in the companion paper, these effects of the peptide are shown to be blocked by NBP-14.

About Neuro-Bio
Neuro-Bio was established in Oxford, UK, in 2013. The composition and use of NBP-14 in treating neurodegenerative disorders are the subject of Neuro-Bio’s patent applications GB2516045 and WO/2015/004430. Cyclic peptides derived from the C-terminus of AChE were identified as selectively inhibiting the non-enzymatic effects of AChE and/or its terminal peptide in vitro, thereby offering a potential treatment for neurodegenerative disorders. Additional applications cover therapeutic and diagnostic use of NBP-14.

Current treatments aimed at combatting neurodegeneration
Of the five medications currently licensed to treat Alzheimer’s Disease (specifically its cognitive problems), four are inhibitors of the conventional enzymatic action of AChE (Galantamine, Donepizil, Tacrine and Rivastigmine). The other (Memantine) is an N-methyl-D-aspartate (NMDA) receptor antagonist, which regulates the activity of glutamate, an important neurotransmitter in the brain involved in learning and memory. Whilst these medications may be beneficial in slowing down the symptoms in the early stages of the disease, none has proved able to arrest the process of neurodegeneration. 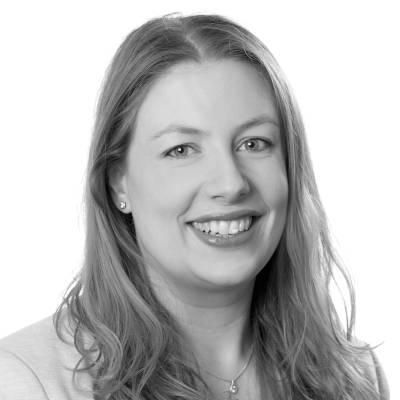