"Following a successful launch in the United States late last year, we are excited to now have approval for the Senza Omnia SCS system in Europe," said D. Keith Grossman, Chairman, CEO and President of Nevro. "As conditions in the marketplace allow, we will be introducing Omnia to physicians throughout Europe. This next-generation SCS system has been developed in close consultation with customers and is designed to provide a comprehensive solution to manage chronic pain. Omnia's versatility means that patients now have access to a full range of SCS solutions and physicians can have the peace of mind that when they implant the system, they will have the capabilities needed to achieve the best possible outcomes for their patients."

The Omnia system is a completely new SCS platform and consists of a number of new components. The first is the new Omnia programmer, which will allow physicians to easily offer the widest array of waveforms across the full SCS frequency spectrum, either separately or paired together with HF10.  The second element of the system is a redesigned patient remote that is more intuitive for patients to use.  The new remote supports greater programming capacity, allowing for the flexibility to expand on the HF10 algorithm by giving physicians the ability to provide additional waveforms.  The third component is a redesigned, slimmer patient charger with an improved user interface.  Lastly, the system comes with an updated and upgradeable implantable pulse generator.  Unlike non-rechargeable systems, the Omnia battery is designed to last over ten years no matter what stimulation profile is used, has conditional full body MRI approval, and will be upgradeable to future waveforms and frequencies.

Other SCS systems on the market are limited to frequencies below 1,200 Hz. In contrast, Omnia delivers the widest range of frequencies of any SCS system, between 2 and 10,000 Hz.  In addition to Nevro's proprietary HF10 waveform, Omnia offers the most waveforms on one device and can be programmed to provide waveforms independently or paired with HF10.  The ability to pair frequencies allows Omnia to pair HF10 – the most studied SCS therapy with over 55,000 patients treated across the world – with other waveforms, including traditional, paresthesia-based stimulation, subthreshold 1 kHz therapy or burst waveforms.

"Once we enter the recovery phase of the COVID-19 situation, I am looking forward to offering the new Omnia system to my patients," said Dr. Ganesan Baranidharan, M.D., Consultant Pain Physician, Leeds Hospital NHS Trust in the UK. "Nevro pioneered the development of HF10 therapy which has been highly effective in managing chronic pain in my practice and the new Omnia system provides an even more advanced platform." Dr. Werner Braunsdorf, Chief Physician of the Clinic for Neurosurgery and Spine Surgery at the Magdeburg Hospital in Germany added, "HF10 therapy has proven to be very effective in many studies as well as in clinical practice, but I believe there have been some instances where it would have been beneficial to pair HF10 therapy with other waveforms or offer different waveforms independently. Omnia now provides me with that unmatched versatility."

For more information about the Omnia system, please visit www.nevro.com/Omnia.

Headquartered in Redwood City, California, Nevro is a global medical device company focused on providing innovative products that improve the quality of life of patients suffering from debilitating chronic pain.  Nevro has developed and commercialized the Senza spinal cord stimulation (SCS) system, an evidence-based, non-pharmacologic neuromodulation platform for the treatment of chronic pain. HF10 therapy has demonstrated the ability to reduce or eliminate opioids in ≥65% of patients across six peer-reviewed clinical studies.  The Senza® System, Senza II™ System, and the Senza® Omnia™ System are the only SCS systems that deliver Nevro's proprietary HF10® therapy. Senza, Senza II, Senza Omnia, HF10, Nevro and the Nevro logo are trademarks of Nevro Corp.

Issued for and on behalf of Nevro by Instinctif Partners.
For more information please contact: Nevro@instinctif.com 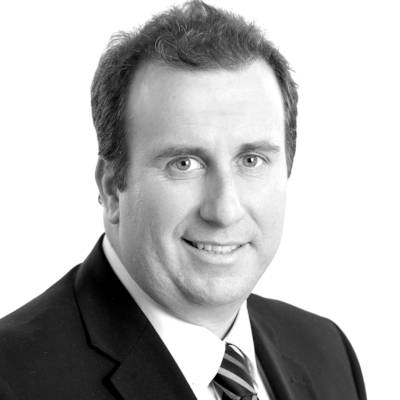