Amsterdam, The Netherlands, 2 February 2022 – NorthSea Therapeutics B.V., (‘NST’), a biotech company developing novel and innovative strategies for the treatment of NASH and other metabolic diseases, today announces it has initiated a Phase 1 study with SEFA-6179 in adult subjects, targeting the initial orphan indication of the treatment of IFALD.

IFALD is a multifactorial condition characterized by the development of hepatic inflammation, cholestasis and steatosis in patients with intestinal failure and/or short bowel syndrome. It occurs after prolonged use of total parenteral (intravenous) nutrition. The development of hepatic fibrosis, which can progress to cirrhosis and liver failure, is a major concern for patients with this condition. No approved drug therapy exists for this population.

The Phase 1 SEFA-6179 clinical trial is being conducted in the United Kingdom and is expected to enroll approximately 90 healthy participants. The study is a randomized, placebo-controlled, single and multiple ascending dose trial, evaluating the safety, tolerability and pharmacokinetics of SEFA-6179. The final results are anticipated in Q3 2022 and will support the initiation of a global Phase 2 study in patients with IFALD, scheduled to start in Q1 2023.

Professor Palle Bekker Jeppesen, Head of the Department of Intestinal Failure and Liver Diseases at Rigshospitalet in Copenhagen, stated: “SEFA-6179 has shown a broad treatment effect on key biomarkers of liver injury as well as improvements in liver histology in multiple pre-clinical models. The availability of an oral therapy could optimize the management of this liver disease with high medical need. It could deliver significant clinical benefit to patients on long-term parenteral nutrition with a high risk of IFALD.”

NST has a library of Structurally Engineered Fatty Acids (SEFAs) which are all new chemical entities with unique differentiated physicochemical properties and biological targets.

Rob de Ree, NST’s CEO, commented: “The commencement of this trial is a key milestone in NST’s journey to become a multi-asset company with a robust clinical pipeline of SEFAs. We are excited to develop our first candidate for an orphan indication, especially for one where patients currently have no therapeutic options available.”

SEFA-6179 is a novel, orally-administered, highly potent, synthetic, medium chain fatty acid analog. The molecule directly targets the liver and has demonstrated robust treatment of cholestasis, steatosis and fibrosis in multiple pre-clinical models. The unique pharmacologic properties of SEFA-6179 facilitate intestinal uptake, which is critical for ensuring optimal drug absorption in patients with intestinal failure and short bowel syndrome. Unlike natural fatty acids, NST’s SEFAs are designed to prevent rapid use as an energy source, allowing for optimal drug exposure.

NST has two other SEFA programmes also in the clinic:


About Intestinal failure-associated liver disease (IFALD)
IFALD is a multifactorial condition in patients with intestinal failure and/or significant resection. It is characterized by the development of hepatic inflammation, cholestasis and steatosis. It has been shown to be associated with prolonged administration of parenteral nutrition. Patients with IFALD are often asymptomatic in the early stages but progress to increases in liver biochemsitries, steatosis and fibrosis. This can eventually lead to liver failure, transplant and death if untreated. There is a clear medical need for treatment options for patients and there is currently no approved therapy for IFALD.

About SEFA-6179
SEFA-6179 is a novel, orally-administered, highly potent, synthetic, medium chain fatty acid analog (MCFA). MCFAs are rapidly absorbed via passive diffusion rather than receptor-mediated transport, but are rapidly metabolised. SEFA-6179 was designed to maintain the ease of transport to the liver and into cells that is characteristic of unmodified MCFAs, whilst offering enhanced pharmacological effects by avoiding rapid metabolism.

SEFA-6179 treatment completely prevented severe cholestasis and the development of fibrosis in piglets with liver injury from intravenous (parenteral) nutrition (PN). SEFA-6179 also prevented the pronounced increase in markers of liver damage in mice given parenteral nutrition in combination with an inflammatory stimulus (endotoxin). Furthermore, SEFA-6179 significantly reduced the numbers of myofibroblasts, the main collagen producing cell in the liver, in addition to hepatic inflammation and steatosis in mice with established fibrosis.

The ability of SEFA-6179 to target multiple pathogenic components of IFALD, in addition to its potential for oral dosing, highlight its potential to become a highly efficacious drug for the treatment of PN-induced liver disease as well as potentially other liver disease indications.

NST licensed the rights to its lead compound, icosabutate, and a library of SEFAs from Pronova BioPharma Norge AS (now part of BASF), which developed Lovaza® (US brand, branded Omacor® in Europe), a blockbuster cardiovascular drug. Icosabutate has been found safe and effective in two prior Phase 2 clinical studies for treatment of hypertriglyceridemia and mixed dyslipidemia and is currently in clinical development for NASH. The icosabutate Phase 2b ICONA trial in patients with biopsy-confirmed NASH is scheduled to readout in the first quarter of 2023.

Two additional SEFAs are in clinical development: SEFA-1024 is in Phase 1 to be developed for patients with severe hypertriglyceridemia, and SEFA-6179 is in Phase 1 development for the orphan indication IFALD (Intestinal Failure Associated Liver Disease).

NST is headquartered in the Netherlands with a presence in Norway and the US and is supported by Ysios Capital, Forbion Growth, Forbion Ventures, venBio partners, Novo Seeds, Sofinnova investments, BGV, NSV and Hercules Capital. 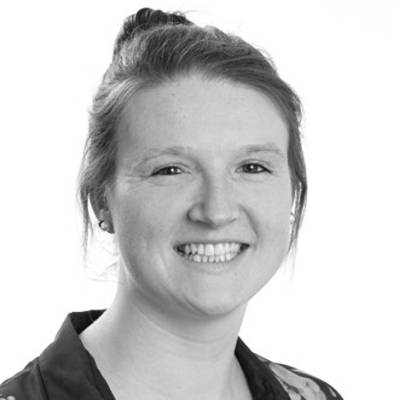